In a historic agreement with its franchisees, announced last Friday, September 9, Burger King will invest in the United States $120 million in its U.S. advertising fund over the next two years to increase traffic, accelerate sales growth, and amplify fundamental customer experience advancements. Burger King’s advertising investment represents an approximately 30% annual increase in brand media buying power, including the advertising effectiveness we expect to achieve through our ongoing partnership with our new media agency. . Overall, there will be a company investment of US$400 million over two years, which will increase advertising firepower; drive better restaurant upgrades and renovations; and support ongoing technology and digital investments. Burger King® Company (“Burger King”, “BK”, “Company”, “Brand”) shared the details of its “Recover the flame” plan to accelerate sales growth and drive franchisee profitability. The plan was developed in conjunction with franchise executives across the country and was shared with all U.S. franchisees at its annual convention this week by Tom CurtisPresident of Burger King North America.
Plan includes investment from Burger King $400 million over the next two years, consisting of $150 million in advertising and digital investments for “Fuel the Flame” and $250 million for a “Royal Reset” involving catering technology, kitchen equipment, building improvements and high quality renovations and moves. This investment will help enhance franchisees’ ongoing investments to modernize the Burger King restaurant portfolio and, when combined with our brand repositioning plan, menu enhancements and focus on operational excellence , it will help achieve our overarching goal of improving the customer experience and attracting more of them. traffic to the brand over time.
Burger King franchisees representing more than 93% of all U.S. restaurants have endorsed the plan and agreed to co-invest in increased advertising firepower over the coming years. These corporate investments come on top of the fact that Burger King recently expanded its field team to provide increased support to franchisees as they continue to improve profitability and execution at the restaurant level.
In April this year, Restaurant Brands International (RBI) announced that Omnicom Media Group PhD will serve as the go-to media agency for Burger King USA, Popeyes USA (check out our recent interview with Jean Paul Ciaramella, head of Media North America) and Canada, and Tim Hortons US, according to a press release. Chicago OKRP store to serve as go-to creative agency for Burger King US 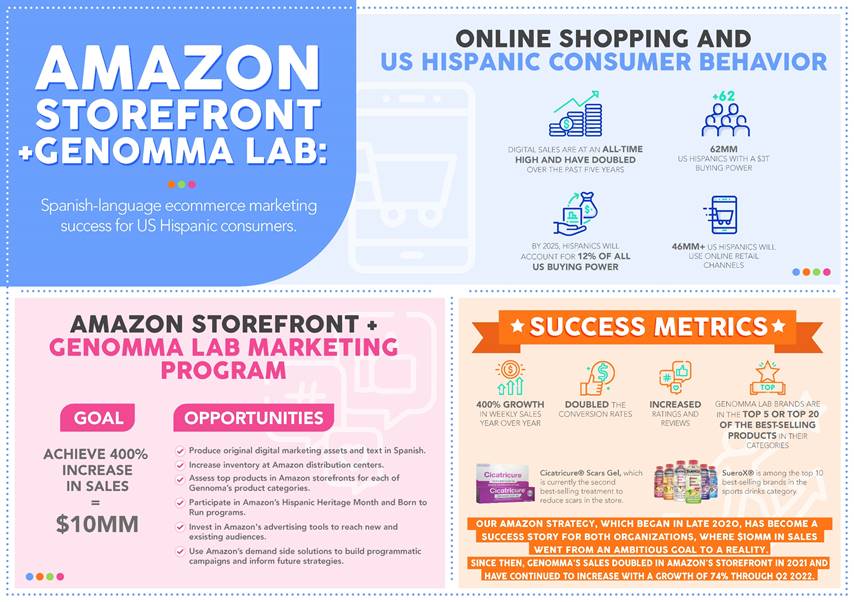 With Hispanic heritage come on September 15esharing a success story and future plans for an established LatAm business, Genomics Laboratory and their collaboration with Amazon Hispanic Storefront by reaching the Influential and tech-savvy American Hispanic market.Genomics Laboratory is one of top pharmaceutical and personal care companies in Mexico, and part of the Mexican Stock Exchange (Bolsa Mexicana de Valores). As part of its international expansion plans, the The American Hispanic market at more than 62 million is comparable to the third Latin American countriesright after Mexico. Genomma Lab inherently understands how language and culture are embedded in Hispanic American identitiesand thanks to a strong and collaborative partnership with Amazon Hispanic Team to bring products that resonate with the market, Genomma Lab has created a sales benchmark. An ambitious sales target of US$10 million was achieved in the first year, with sales growing steadily by 74% through the second quarter of 2022. Part of the success has been the flexibility to create original content in Spanishsupporting American Hispanic Appreciation for Business who speak to them in Spanish. According to the Kantar 2021 US Monitor report, 87% of Hispanic Americans believe that companies that make a sincere effort deserve their loyalty. Whereas Amazon Hispanic Heritage storefront plans for 2022 are being drawn up, we invite you to see Genomma Lab’s case study.

Havas Media Group (HMG) announced that Wolverine around the world, one of the world’s leading distributors and licensors of branded casual and active footwear and workwear, footwear and activewear, has named HMG as its global media agency following a competitive review of four months. Wolverine Worldwide’s impressive portfolio of highly recognized brands includes Merrell, Saucony, Sperry, Wolverine, Keds, and more. The global reach of Wolverine Worldwide’s engagement with HMG includes all regions and brands internationally (and with Sweaty Betty in certain business areas), with a particular focus on the US, EMEA and Canada. As the Media Buying Agency of Record (AOR), HMG will oversee media strategy, planning and coordination, as well as content and analysis, developed and grounded in HMG’s proven media practices. data and decision science, including budget optimization, media mix, forecasting, and more. The first works of the partnership will be presented at the beginning of September.

SC Johnson retained its mission as a global recording media agency with Omnicom and Omnicom Media Group following a review that also involved WPP and GroupM, according to people familiar with the matter. The Global Media Review ran alongside the Creative Review, where SC Johnson consolidated with WPP. 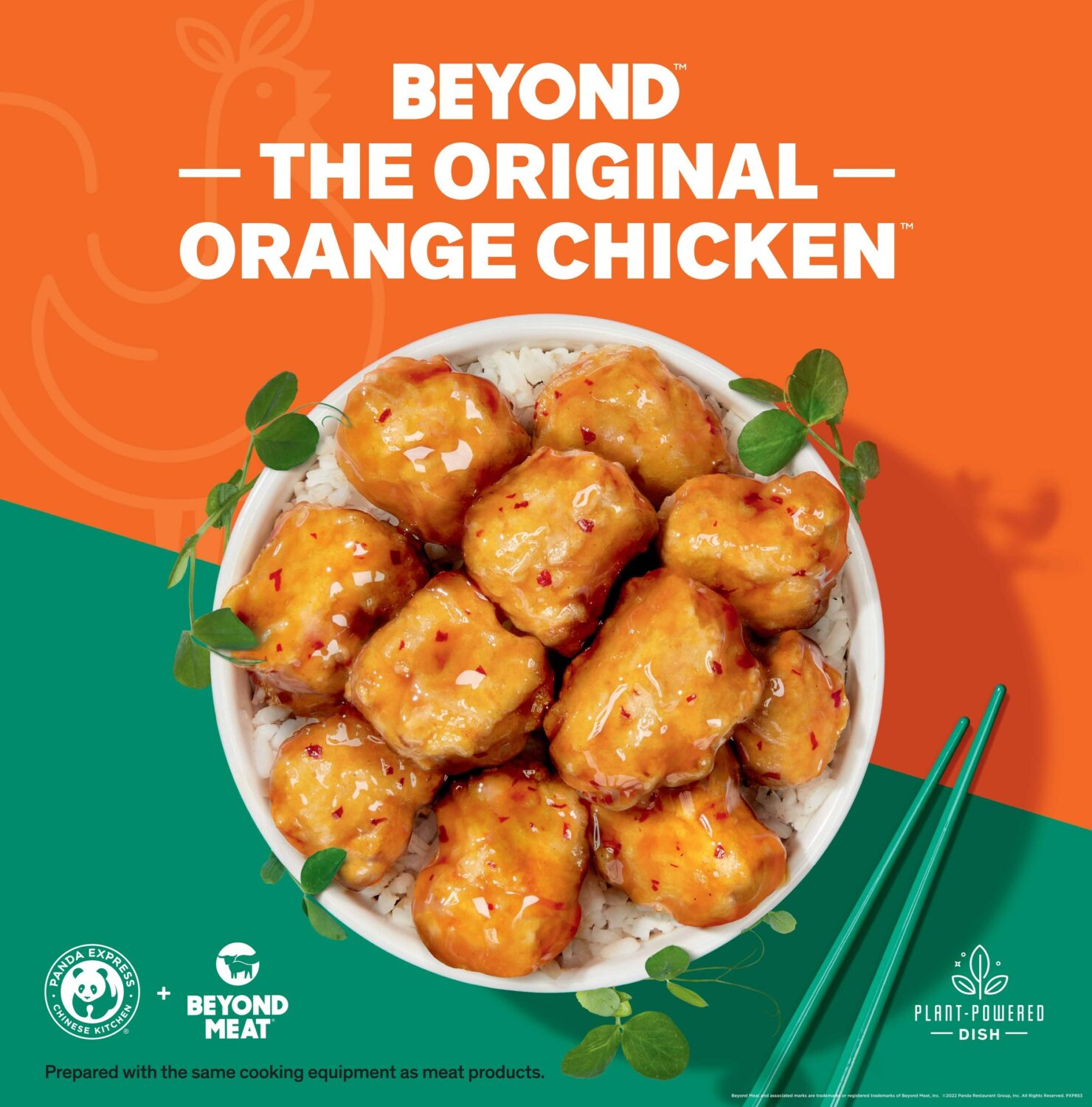 Panda Express®, the largest family-owned and operated Asian restaurant concept in the United States, announced the return of its breakthrough innovation, Beyond™ The Original Orange Chicken™. Now available nationwide for a limited time while supplies last, this delicious entrée is co-developed with Beyond Meat® to capture the irresistibly crunchy texture and flavor of The Original Orange Chicken®, while giving guests the flavor they know and love as a plant-based option. Panda is the first national Asian restaurant concept to serve Beyond Meat across the United States. This expanded partnership perfectly brings together Panda’s expertise in American Chinese recipes and Beyond Meat’s best plant-based protein capabilities to create a new take on a favorite classic. . Beyond The Original Orange Chicken was first introduced as a limited launch in Southern California and New York in 2021, selling out in multiple locations in less than two weeks. Due to its high demand, the chefs at Panda wok-cooked over 1,300 pounds of Beyond The Original Orange Chicken on the first day alone. After the successful initial launch, Panda offered this new fan-favorite dish in 70 locations across ten markets. Stir-fried in Panda’s sweet, spicy and tangy Orange Sauce, this modern twist on Panda’s signature Orange Chicken delivers the crunchy texture and addictive flavor fans know and love. Celebrating the nationwide launch of this new plant-based dish, customers who purchase a Beyond The Original Orange Chicken Bowl online using code ‘BEYOND’ beginning September 26 will receive another free bowl with the dish. Chinese American of their choice.* Plus, right in time for back to school, Panda and Beyond are hosting a traveling Panda Express Recharge Station pop-up to give students a well-deserved study break across 10 college campuses in three markets . Students are invited to re-energize with free Beyond The Original Orange Chicken samples, exclusive prizes, and fun and relaxing activities. Find out where the tour is heading by following Panda Express on Instagram (@officialpandaexpress) for the Panda Express Charging Station University Tour schedule.

SAN FRANCISCO–(BUSINESS WIRE)–Groove, an industry-leading sales engagement platform for businesses using Salesforce®today announced that Forrester Research has named Groove a Leader in The Forrester Wave™: Sales Engagement Platforms, Q3 2022. Of 13 vendors evaluated for this report, Groove achieved the highest possible scores on twenty criteria and is the only leader cited as “ideal for […]

Times are changing’ Vinyl is on the rise again and Gen Z is one of the main forces behind its revival. In 2021, the Recording Industry Association of America reported a “remarkable resurgence” in vinyl sales for its mid-year report. According to RIAA, vinyl revenue was up 94% from 2020 and had been growing steadily […]